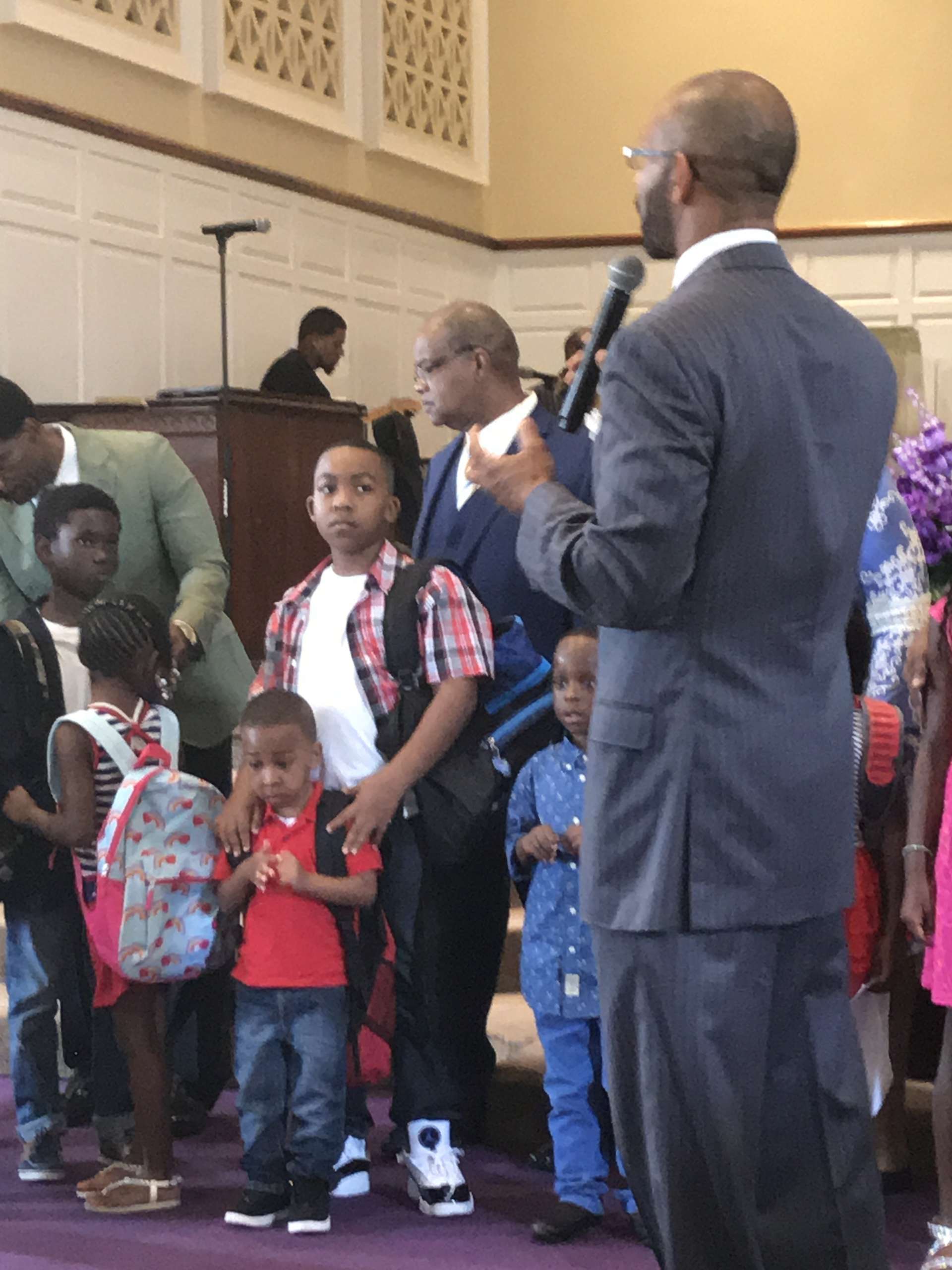 Walker Memorial Christian Church was a gift purchased by the late Dr. J.E. Walker and named in honor of his wife, Mrs. Lelia Walker, by Mrs. Evans. The church was established to provide a place of worship in the new Walker Home Community.

The first church service was held at Walker Memorial on October 10,1954 by Dr. Blair T. Hunt and the members of Mississippi Boulevard Christian Church. During this service, seven persons, including Mrs. Juanita Lester and Mrs. Sarah Robinson, accepted the invitation to become members of the newly created church.

Between October 10, 1954 and February 6, 1955 42 church members were added to the church by the temporary pastor, Dr. Blair T. Hunt. On February 6, 1955, the new pastor and wife, Elder and Mrs. G.A. Evans, arrived and assumed the pastorate of the church. Regular service as an organized church began February 13, 1955. Mrs. Evans also served as the organist for the church.

Under Elder Evans’ leadership, the church continued to grow physically and spiritually. The youth membership increased dramatically. For years, the youth and young adults conducted the church worship service every third Sunday. Several choirs were established including the Senior Choir, Male Chorus, Chi Rhos and the G.A. Evans Gospel Choir, named in honor of Pastor Evans who served as a leader in the Gospel Music industry.

The men of the church built a fellowship hall which was designed by Elder Herbert Lester, Sr. On October 24, 1965, the fellowship hall was officially completed and dedicated to the Lord. The prayer-room was another significant addition completed during Elder Evans pastorate.Spiritually, several members of the congregation answered God’s call to the preaching ministry. These persons include Matthew Hubbard, Lottie Beasley and Russell Jones. In May, 1983, the Walker Memorial Christian Church Missionary Prayer Band was established by several women from the Christian Women’s Fellowship. From that day to this day, the prayer band has not stopped praying. Since that time, the Prayer Band has continued to meet for prayer twice a week, Tuesdays at 12:00 noon and Wednesdays at 6:00 pm. 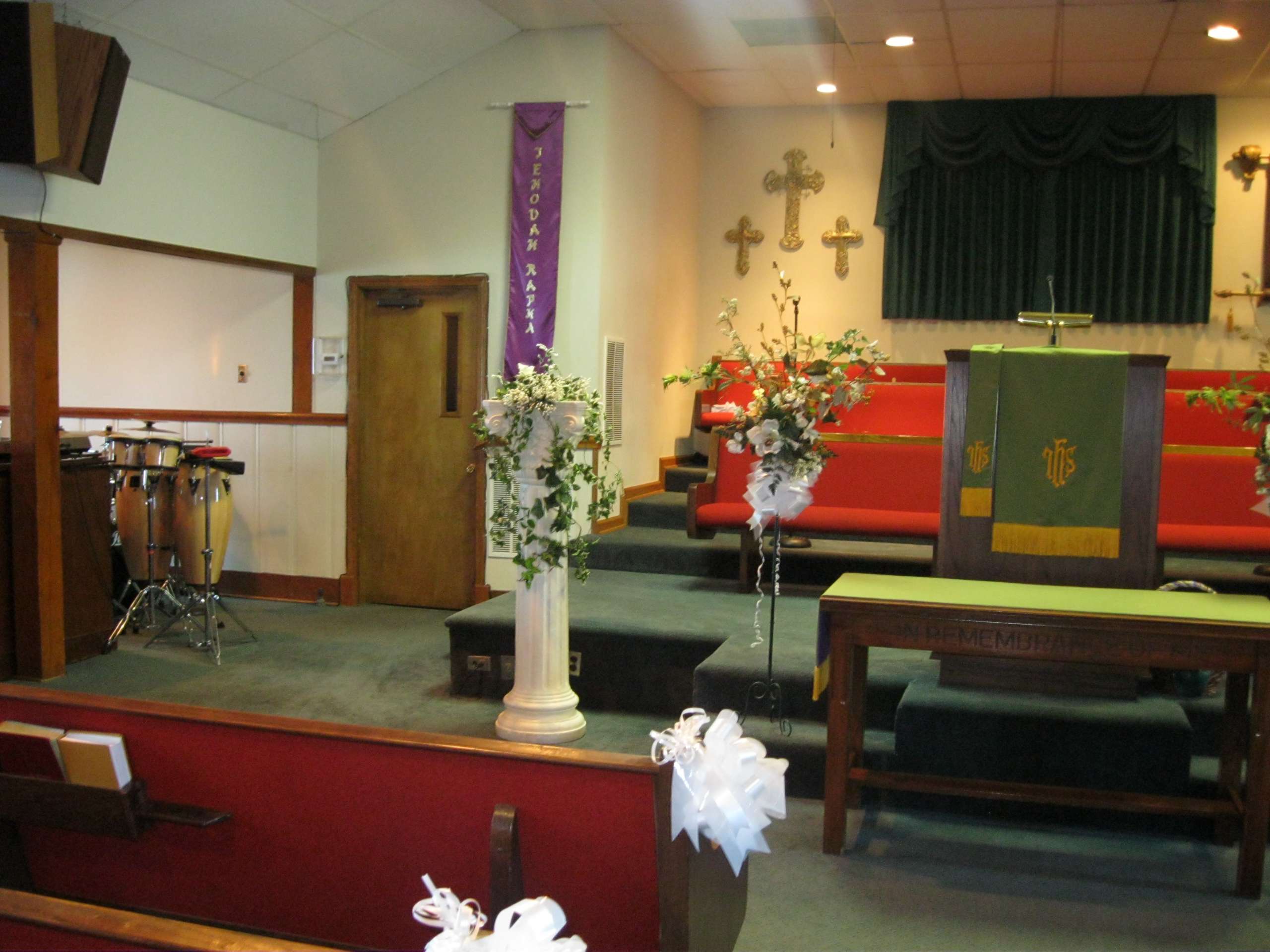 After 40 years of service, Pastor Evans retired in 1995. A major retirement celebration was held in his honor on February 11, 1995. Our dedicated lay leaders continued God’s walk until Tyrone Hunt of Memphis, Tennessee accepted the call to serve as interim pastor in November 1995.

After serving as interim pastor for approximately one year, Pastor Hunt accepted the call to serve our congregation as senior pastor, beginning November 3, 1995. Under Pastor Hunt’s leadership, five elders were added to the church. This addition of elders is consistent with the Christian Church Disciples of Christ tradition. The persons occupying these positions included Murray Alexander, Curtis Bridges, Irving Burnett, John Dillihunt, and Joe Lee Jones. The choirs merged as one singing aggregation, the “Mass Choir” the choir continues to glorify God through a colorful combination of anthems, spirituals, hymns, and gospel music.

The church general board consisting of diaconate members, elders, trustees, and auxiliary chairpersons was established to give primary assistance in the church’s decision making process. Pastor Hunt serves as ex-officio to this board.

Several different types of bible-study classes were initiated for more spiritual fulfillment. In order to better facilitate these different study opportunities and improve our structural facility, the fellowship hall and various areas of the church were renovated in 1997.
God continued ushering this vineyard to greater spiritual dimensions, prompting the congregation to adopt a new name that more appropriately matched the mission of the church. After several weeks of prayer, dialogue, bible study, and discernment, the congregation officially embraced and adopted its new name… “The Healing Cathedral Christian Church Disciples of Christ.” Because the church has been uniquely gifted to help bring healing to the broken, the church has begun a more focused effort to help bring wholeness to the mind, body, and soul.